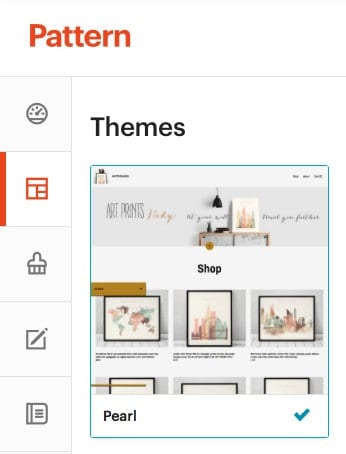 In April 2016, Etsy started to offer Pattern, effectively a personalised instance of an Etsy seller shop.

Tied to an independent domain name (in my case www.jolyonyates.com), Pattern echos one's Etsy site, wrapping it in a simple visual theme, with rudimentary tools for customisation and advancement. (This blogging account is an example).

Always keen to experiment with new ways of being seen, I decided to give it a go. I already have my own shop website (www.odechair.com), that I built and maintain using Rapidweaver. However, maintaining and updating it takes a lot of time - and the promise of Pattern is that your products update themselves based on your Etsy shop listings.

Pattern is really clever and really simple, but it disappoints in several ways:

In short, Pattern is effectively a beta product: it's incomplete and includes unwanted bugs. I'm a bit surprised that Etsy didn't see fit to mature it properly before releasing it - or at least before charging it's loyal customers for it!

For most Etsy users, Pattern will only survive if it pulls in materially more money than it costs. I've no doubt Etsy will get there, but they have a way to go yet !